Pike River Blog – The "WHY" questions.

The missed opportunity: an alternative point of view

Like virtually every other New Zealander, my thoughts are with the families of the missing miners. In my profession as a mediator, I am always asking the "why" questions and, in my mind, coming up with analogies for various situations to understand people's points of view. My biggest "why" question for this horrible situation is, why were there not experienced miners going into the shaft the evening it happened to see what was going on? It's not like they needed the light of day to help them see in the mine is it? Now, I am not an expert on survival or rescue techniques on the surface, let alone kilometres within a mountain, however, I think I can safely assume that, for every hour those unfortunate men remain trapped in the mine, the chances of this being a total tragedy increase on an exponential scale. Many officials and experts are claiming, and more than likely very rightly so, that entering the mine from the time the alarm was initially raised to now, is a very dangerous predicament for any person. Is that a good enough reason to stop someone, who is appropriately qualified with full mental capacity and who is not related to any of the trapped men, stepping up to the task of wanting to risk their own life in order to potentially save others? Personally I don't think so.

We have a precedent that dates back to when time began that I believe applies in this situation. However, before I move onto that, I'd like to point out that, in my profession, mediation works because both parties end up negotiating to come to a position they believe is better than their next best alternative, taking into account all the known facts. The issue we have with the Pike River coal mine is that we do not know what the next best alternative is. Minimal facts of the situation are known. Everyone, from what the public is told, is presently flying blind. Are they all alive? Are they all dead? Is it a small or big collapse that has possibly trapped the men? Is there minor or major damage to the mine? We simply don't know. How can you possibly formulate a plan that is better than the next best alternative, which in this case appears to be minimal action, not knowing the answers to these questions?

We have 29 men presently in the mine who have lost their freedom. Military forces personnel voluntarily put their lives on the line everyday to protect people's freedom. Taking this analogy further would suggest that it should now be a court marshal offence to try and help a fellow wounded soldier in the field, because the able bodied soldier potentially could be killed by an exploding bomb in doing so. So, instead, should our able bodied soldier wait until all the generals back at base have had the consultants in to conduct a plethora of inconsistent tests to declare that the war zone is now safe? Meanwhile our wounded soldier has since bled to death. Was it a mistake to give Corporal Willie Apiata his medal? Using the present logic of the mine officials it must be, but I would beg to differ.

People die every day around the world from unnatural causes. Life is a calculated risk. It is up to the individual to determine their own risk level, not officials, who don't want to risk their own reputations by letting courageous, qualified individuals from doing, what about half the country thinks is right. Should we halt the use of cars until the officials find a way to make them 100% safe so a road fatality never happens again? What about our bomb squad? Next time they are called in for a suspicious abandoned parcel or bag at the local post shop, maybe they should just indefinitely close down the building? No, what they do is the correct way to go about it. Personnel in limited protective clothing go in and x-ray the parcel. Upon seeing the x-ray, they then are no longer flying blind in their approach, and sensible decisions can be made. If it is ok for a member of the bomb squad to volunteer for this task that could potentially kill him or her, then why is it not ok for a rescuer experienced in mines, to do the same?

Only time will now tell what happened on that fateful afternoon. The window on the medical "Golden Hour," or hours as the case may be, has well and truly closed. The officials in charge will hide behind the safety aspect of the rescuers forever. What about the safety of those courageous men trapped down the mine? People were prepared to risk their own lives to try and save these 29 men. A very honourable offer that has been denied. An offer that may possibly have made a difference or, like the military forces, an offer that could have cost the rescuers their lives in an act where they knew the risks. There is still the possibility that this will have the same result as the Chilean incident, however, we need to stop putting the families through the torture of not knowing and give them some meaningful answers as to the fate of their loved ones. Like in mediations, people crave for the closure of a contentious event. It is only after closure that the healing can finally begin. 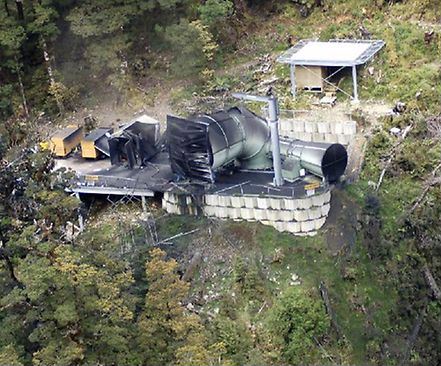