Negotiating the sale of a business

Facilitated negotiations get the best results

People often wonder why negotiations for the sale of a business (or any other substantial asset) fall apart and they are unable to conclude an agreement. Normally, they blame the other party with statements such as, "they were not prepared to negotiate" or "their expectations were completely unrealistic". All these reasons have a common theme, which is that the other side was the cause of the breakdown. In most cases, if you asked the same questions to the other side, you would probably get similar answers.

So, what is it that causes the negotiations to stall and ultimately fall apart? Usually, at some stage in the negotiating process, the negotiations get into a major traffic jam and both sides feel they are going nowhere and simply give up. How many real traffic jams have you been in where you have been physically stopped for a duration of time but you have never actually gotten home? Sure, you may have been late or missed that important appointment or possibly been very frustrated, however, eventually you do get out of the traffic jam and it later becomes totally forgotten or is only a distant memory. When you are in a traffic jam you have options. You can sit there and wait it out or you can try to take an alternate route that may get you moving, however, there may be other traffic jams or congestion along the way that you also have to deal with. You also have the option of switching your car off, getting out, and walking away altogether. Personally, I don't know of anyone that has done that in an actual traffic jam, however, I do know plenty of people who have done this with a negotiation.

Having a neutral facilitator, helping the parties negotiate a deal, dramatically reduces the possibility of the parties switching off their engines, getting out of the negotiation vehicle, and walking away when the negotiations reach a traffic jam. The neutral facilitator can work with both parties and help them explore alternative routes that they may be able to take. It would be unlikely for the first proposed alternative route to produce the desired outcome, and other negotiation traffic jams may happen on other routes, however, by the parties continuing to engage with one another, eventually an alternative route that works for both sides will more than likely be found.

Don't let your next potential deal fall over. Contact us now by either calling 0800 HELP ME (0800 435 763) or emailing danny.gelb@mediate.co.nz so we can assist you by facilitating your negotiations. 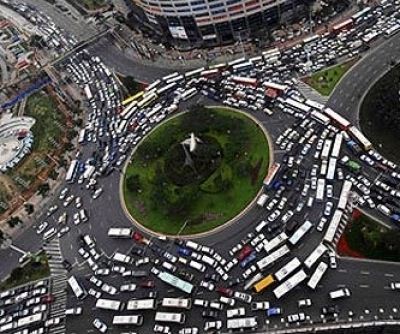