Mediation for Tiki Taane – Why not then for Clayton Weatherspoon?

This morning's announcement of police charges against Tiki Taane being dropped after a mediation session is a new precedent in the resolution of criminal matters. The appropriateness of mediation to resolve criminal matters has been debated at length within the dispute resolution profession for years, with strong arguments for and against. I commend both the police and Taane's advisors for entering into this process that has resulted in a consensual outcome that works for both sides, under the circumstances. For those that can remember back to December 7, 1984, you may recall that Dave Dobbyn was faced with the similar charge of "inciting a riot". This occurred after a concert in Aotea Sqaure in which the power on the concert stage went off. The result was a riot that spread down Queen Street. Dobbyn was, however, eventually cleared of all charges.

If it worked for Taane, would it work for other matters such as Clayton Weatherspoon, the Nathan's Finance directors or say, the repeat drink driver? The biggest question to answer is, "is it in the public interest for such matters to be resolved by mediation?" Although mediation does have a plethora of attributes, it also has some downsides that may not be in the public interest for the resolution of criminal matters. The biggest issue is the confidentiality aspect of mediation. We have proven case law that has upheld the cloak of confidentiality of mediation which I can not see being challenged or broken soon. We can see this with Taane's matter: "The police say a mediation session has resulted in a mutual understanding and the charge being dropped." What is this understanding? The process is confidential, so we don't know. An educated guess is that, among other items, the police and Taane would have most probably agreed to certain behaviours for now and the future. They would most probably have also reached an agreement around statements of what is to be said to the media and how each will conduct themselves in the future. The issue over confidentiality, for an alleged criminal matter being resolved, is that there is no precedent set. There is no public message telling us that, if you are found guilty of an action, this is what you are likely to face. No fear for the would-be criminal of their name being outed. This is why mediation is complementary to our courts system, and not an alternative, as many people try to promote.

For this argument alone, one would have to initially conclude that mediation would not be appropriate for the likes of Weatherspoon or the Nathan's Finance directors. However, one of the biggest attributes of mediation is the scope of the final agreement. With our criminal court, the outcomes are mostly limited to fines, reparation, restrictions, periodic detention, home detention and incarceration. Mediation does not have any such restrictions or limitations. If you can document it, then it can be an agreed outcome. Person X agrees to publish an apology in the local paper, make their land available to someone for something, repaint the graffitied wall, etc. So why not then, as part of the mediated agreement for criminal matters, should certain aspects not be agreed to be made public? I doubt the Weatherspoon matter could have been resolved with mediation as the defendant appears to have lacked the rationale to come to such an agreement. However, if before the trial he had essentially agreed to serve the sentence he was given, and make public an admission of guilt, then would the greater public be any worse off than the present situation?

Looking at the Nathan's Finance directors, if they had the ability to repay, from whatever source, the funds that people lost in exchange for a much lighter non custodial sentence, then would that not be in the good interest of the public?

The situation is that these negotiations have been happening for many years. The plea bargain exists for agreeing guilt of a lesser crime instead of facing the court for the full charges. The amount of reparation agreed to be paid has an impact on the sentence. The difference now with the Taane situation is that, it is understood that a mediator helped facilitate the two parties to their agreement.

Mediation is well recognised as a quick, cost effective dispute resolution process. By having an unbiased, qualified and trained dispute resolution professional in the middle, between two parties, works. Just take a look at the Department of Labour mediation service. Our employment laws require parties to attend mediation before the Employment Relations Authority will hear an employment dispute. Approximately 80% of the matters that go to a Department of Labour mediation result in settlement. Why is this? It is because a trained and qualified mediator has the skills to help parties see the issues from another perspective as well as helping them evaluate what their fallback position is, should the matter not settle. It then becomes very simple. If the offer on the table is better than your fallback position, with everything else taken into consideration (time, money, risk, emotions, publicity etc), then you take it. If you can't come to an agreement, then we have the court system to then determine the issue. 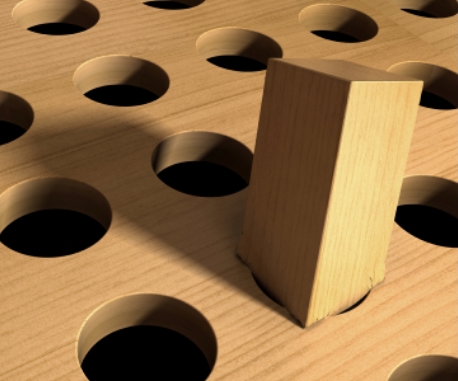